Pandreitje’s Gnarled Trees by Night and by Day

Posted on November 27, 2012 by satnavandcider 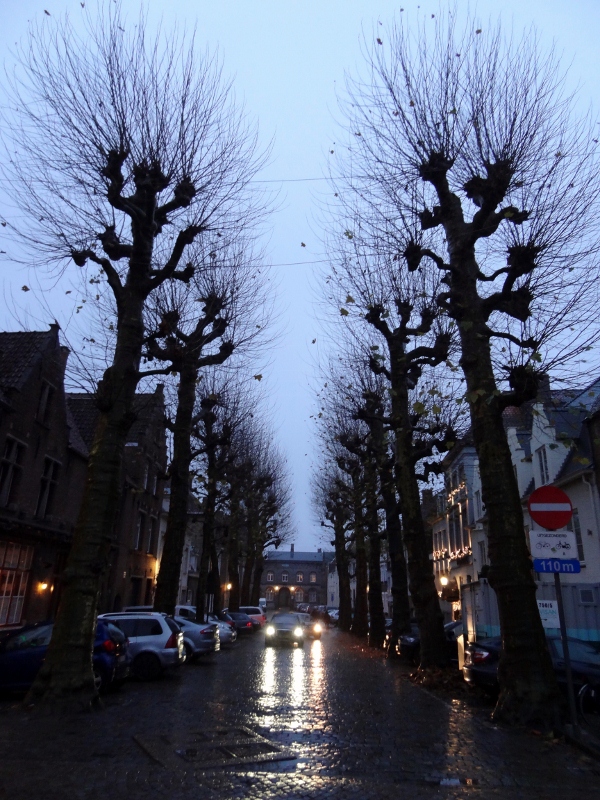 Upon arriving in Bruges, my husband and I walked down Pandreitje between the parking garage and our hotel, Duc de Bourgogne, which is located directly on the Dijver Canal. It was only a short block, but felt somewhat ominous beneath gnarled trees in the rain and the fading light. Arriving at the other end, I looked back and saw this.

The next morning, my first thought was to return to purportedly the most photographed spot in Bruges, the bend in the Dijver Canal, where I took photos of the canal during my last trip to Bruges, including one with the Belfry Tower and one with Bruges’ tallest tower. Thankfully, the rain had stopped, but was replaced by wind and cold temperatures, which, I suspect, is not unusual for Belgium in late November. It was a good thing, then that the ideal photo spot was just outside our hotel and around a corner. But as I stood in the photo spot, instead of looking at the canal, I looked once again down Pandreitje. 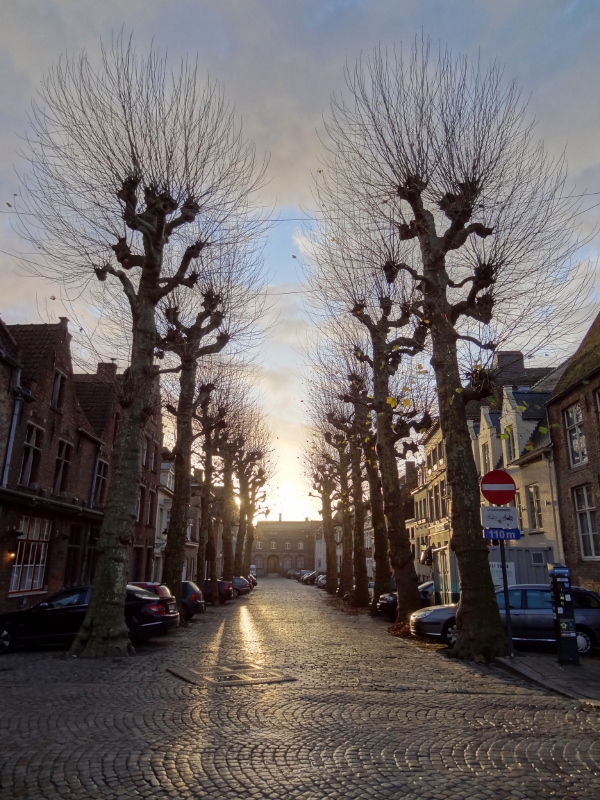 The clear skies and morning light completely transformed Pandreitje. The street no longer seemed ominous; despite the cold morning air, it seemed warm and inviting.

Your Comments Are Welcome Cancel reply